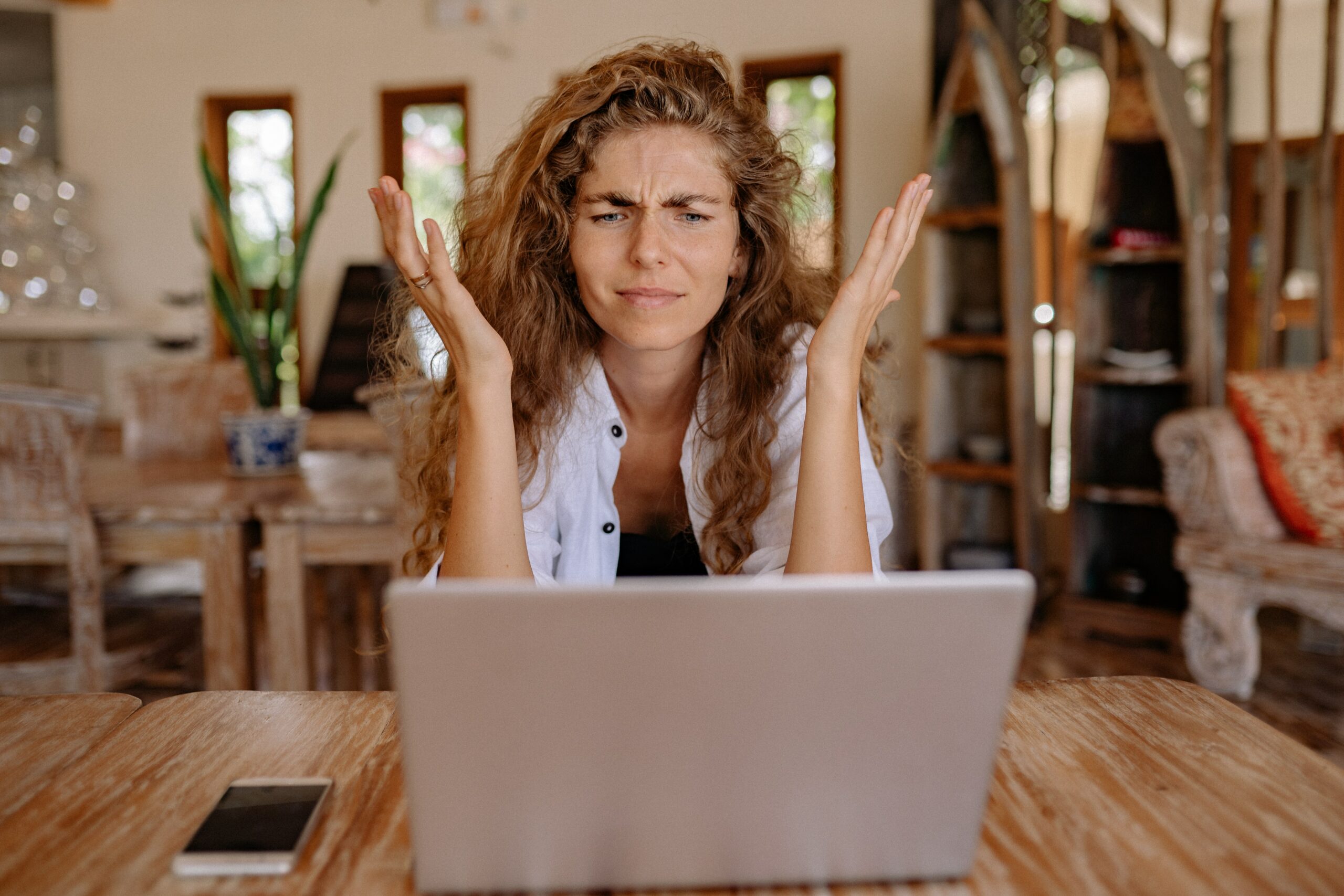 These Bandwidth Hogs Slow Your Internet (Unless You Have Fiber)

Many internet users experience a sluggish connection even with “high-speed internet.” They’ve invested in a good Wi-Fi router, perhaps a range extender, and may have even upgraded to a faster internet plan.

So why do they find themselves frequently frustrated by slowdowns and freeze-ups? What about their devices—or internet plan—causes this underwhelming performance? And what, if anything, can people do to reduce or even eliminate these issues?

The most likely culprits behind poor internet performance are bandwidth hogs—devices and online activities that gobble up too much bandwidth and slow down everyone’s internet access.

We discuss bandwidth in greater detail below and explain why every internet customer needs to understand it.

Then, we turn to the most common bandwidth hogs in most people’s homes—devices and online activities—and then explain how Medina Fiber’s best speed tiers can help resolve any bandwidth issues.

What Is Bandwidth—and Why Is Higher Bandwidth So Important?

Bandwidth can be confusing. Put simply, bandwidth is the amount of information an internet connection can manage per second.

Bandwidth doesn’t measure a particular internet connection’s rate (or speed). Instead, it’s about the volume of online data a connection can “carry” and transfer at any given time.

What Exactly Is a Bandwidth Hog?

A bandwidth hog is a colloquial term for a device or online activity that eats up more than its fair share of bandwidth. It hogs too much bandwidth and greedily takes it from other devices or activities. Keep in mind that everyday web browsing typically has little impact on overall bandwidth use.

Some devices are famous bandwidth hogs. So, just by turning on and connecting to a bandwidth hog, a huge amount of available bandwidth on your internet connection will be used.

And certain activities require excess bandwidth to carry out your needs.  So when even one (or more) bandwidth hogs are activated, the dreaded slowdowns and freeze-ups can occur, leading to frustration and anger in your home!

High-definition, 4K, and 4K Ultra-HD TVs produce stunning imagery and hog lots of bandwidth in the process. Using your smart TV will devour an enormous slice of your home internet’s bandwidth. If you have limited bandwidth capacity, your smart TV could impact other devices and online activities or even slow down a show you want to watch.

By far the activity with the most excessive use of bandwidth is streaming video.

Netflix tends to be the top offender, in part due to its popularity and vast library of content. Many people stream shows and movies on other devices like their tablets rather than just their smart TVs. And if you have more than one person in your household—and multiple tablets and phones in use—your bandwidth can easily be hogged just by streaming shows and movies.

And Netflix isn’t the only problem.

Streaming services like TikTok and YouTube also use lots of bandwidth. Posting TikTok videos also compounds the bandwidth problem because it involves sending information from the device to a server, consuming even more bandwidth in the process.

During the Covid-19 pandemic, video conference calling became a daily part of life for many people. Zoom, FaceTime, Skype and other services allowed people to stay connected face-to-face, even across long distances. But video calls are notorious bandwidth hogs.

Voice, text, and video all combine to devour bandwidth—and that’s why you’ve experienced those ridiculous freeze-frame faces during the call!

And remember, with video calling, you are not just receiving data—you are also continuously sending it back to the server (and then to your loved ones’ devices). That accounts for video calling’s massive appetite for bandwidth and why so many video calls end up frustrating people (unless you have fiber internet!).

Online gaming is incredibly problematic from a bandwidth perspective because, like video calling, information is shared—from the player back to the server and the server back to the player. It often jams the internet connection for gamers and others in the house.

Higher bandwidth allows this excessive volume of data to transfer with far less latency or other delays. So gamers experiencing lag or freezes will benefit from internet plans and tiers that provide more bandwidth.

What’s the Best Way to Get More Bandwidth?

Well, apart from eliminating bandwidth hogs—the devices and activities you already have and love—your best solution is to upgrade to fiber internet.

DSL, cable, and satellite internet don’t have fiber’s high speeds or bandwidth capacity because fiber’s innovative design and cutting-edge materials allow for data to transfer faster and in much higher volumes.

If you already have fiber internet and would like to improve your internet service, you should increase your plan’s maximum speeds. With fiber internet, you can select a service tier with 1 gigabyte per second (and possibly more, depending on your provider).

A 1 gigabyte per second tier provides plenty of bandwidth to allow a steady flow of online activity like streaming TV and movies, video calling, online gaming, and social media posting. Just by using fiber internet and upgrading your internet speed, you should easily get all the bandwidth your household needs.

To sum it all up, the more bandwidth an internet connection has, the more information it can send out and get back at any particular moment.

And with fiber’s advanced technology and higher speeds, you’ll have additional bandwidth to disburse throughout your home and among your devices. With fiber’s higher bandwidth capacity, your household can avoid the freeze-ups and slowdowns that still plague so many internet users today.

If you have more questions about how fiber internet and its maximum speeds and higher bandwidth can make a difference in your internet connection, feel free to reach out to the helpful experts at Media Fiber. And be sure to check out Medina Fiber’s social pages to learn more about our fiber network! 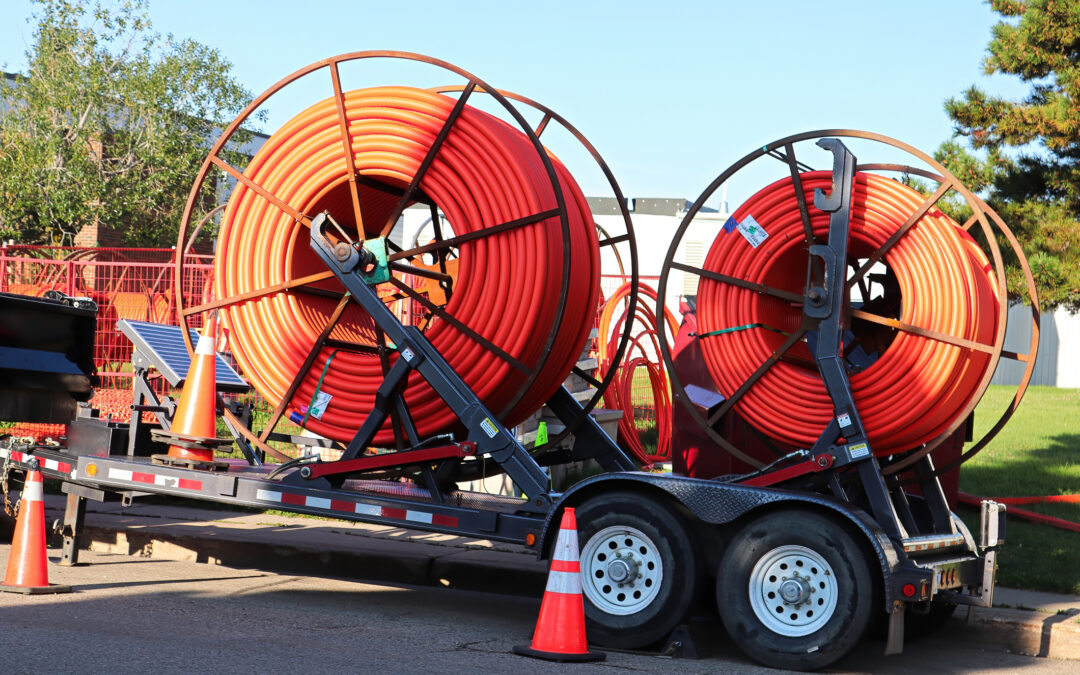 How Fiber Optical Cable is Made

But just what is fiber optic cable, and how is it made? And what makes it so much better than copper cable?

Also commonly called fiber cable, fiber optic cable is a cable line filled with very thin filaments made from silica glass or plastic. The data is then transmitted using light pulses rather than the electrical signals used to move information on copper lines.

Fiber cable moves data much faster than copper lines—easily 20 times faster or more—and can accommodate far more data at once, which means more devices can use bandwidth-hogging applications at once without throttling, buffering, or other slowdowns that could occur during high-traffic times, like your business hours.

Alexander Graham Bell gets the credit for being one of the earliest experimenters with fiber optic technology, something he explored as he created the telephone in the 1880s. But it was almost a century later before commercial production began.

Credit for the big breakthrough goes to Corning engineers who found a way to make strands of glass that could move data contained within pulses of light that computers could then convert to usable forms for the human beings at each end. And critically, it could do all that without the light pulses leaking from the cable.

That was in the 1970s, at the dawn of the computer age. In fact, fiber optics grew up along with computers and the internet as telecommunications technology advanced at the revolutionary pace that we’re still seeing today.

The 3 Cs of fiber cable

Fiber optic cable is manufactured with three major components. From the inside out, that’s the core, the cladding, and the coating.

The core is the key to fiber optic’s ability to transmit data at very high speeds and very long distances without the loss of signal strength that can plague copper wire. It’s the center of the cable that contains the super-clear glass or plastic fiber comprising strands roughly the thickness of a human hair.

Then there’s the cladding. That’s another layer of glass that functions as a reflector to keep the light pulses inside the core as they hurtle to their destination at a pace that can approach the speed of light.

Finally, there’s the coating, a thin rubber layer that shields the fiber from scratches and other damage. (One thing the shield doesn’t have to do is contain electromagnetic signals. Electromagnetic interference (EMI) can be a major problem with copper cable, a problem that doesn’t exist when simply moving light.)

Creating the fiber itself

Optic fiber glass strands are created in a highly controlled environment and a multistep process that begins with a ceramic rod that attracts the silicon dioxide that then forms into a thick cylinder. Any moisture is removed in a high-temperature furnace and the resulting blanks are then placed vertically in an even hotter furnace for the process called the draw.

The draw is when the melting glass forms into strands used for both the core and cladding. After they cool, the strands are wrapped on spools and then later unspooled—either on-site or in a specialized finishing facility elsewhere—for the application of the rubber coating. They later can be joined together into multiple-strand cabling that can then be run through metal or rubber conduits and, when needed, separated back into individual strands at their final destination.

By building our network with this top-of-the-line tech, we can provide high-speed, high-capacity telecommunications that can easily handle your most demanding applications, including multiple VoIP phone lines, teleconferencing, large video uploads and downloads, and cloud-based, business-critical software—with speed, capacity, reliability, and security that copper lines simply can’t match.

To learn more about our fiber internet for your business, contact us at 330-366-2008 proud to keep Medina’s homes and businesses connected!